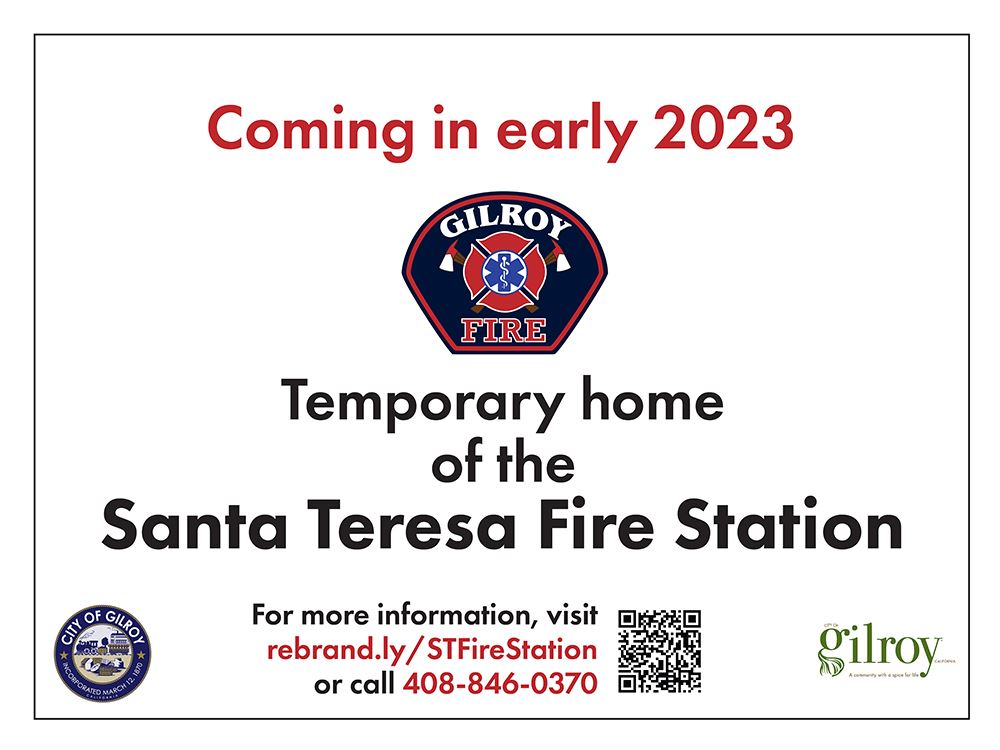 Our Gilroy Firefighters are committed to being good neighbors, including minimizing noise in the neighborhood. When feasible, sirens will be turned off in neighborhoods.

The Gilroy Fire Department, with the approval of Council in mid-2019, began a pilot study called the “Alternative Service Model” (ASM) that positioned a fire crew within the Santa Teresa District (STR). The purpose of the ASM study was to determine if a fire crew positioned in STR could improve emergency response times within the district and throughout the city. The study was a success, showing marked improvement to response times throughout the city, and became the catalyst towards planning the construction of an interim, and eventually a permanent fire station at the designated site located at the corner of W. Luchessa and Miller Avenue.

Since mid-2020, the STR crew has been temporarily housed at the TEEC Building located on the ranch-side at Christmas Hill Park. However, as the City pursues providing fire staffing resources from 12 hours per day to 24 hours per day, the current location at the TEEC Building is inadequate to meet the needs of the fire crew stationed there. The TEEC Building lacks shower and kitchen amenities, a garage to house fire apparatus, and its location and position at the park makes it less than ideal for emergency response to areas south, east, or west within STR.

As the City’s agreement with the Glen Loma Development Group (GLDG) requires funding from GLDG for the new permanent fire station, the requirement for GLDG to remit such funding to the City has not yet been triggered, thus there is a need to build and house fire personnel at an alternate interim site.  At this time, an interim fire station is needed to house two to three fire personnel at an alternate site.